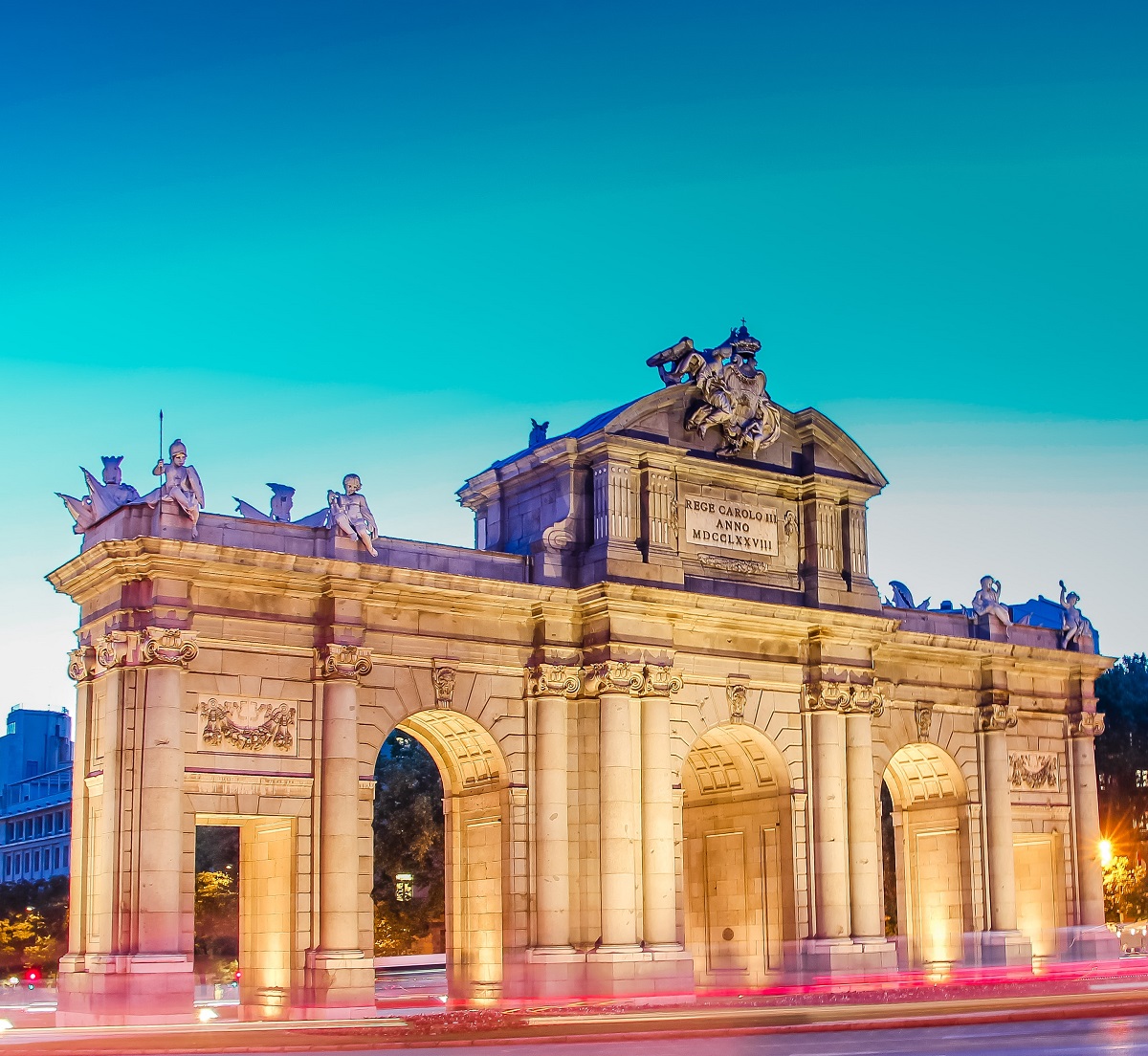 This charming capital city is sure to beguile you with its high energy, world-class museums, incredible food and beautiful architecture. Make sure you bring your walking shoes to explore Plaza Mayor, Royal Palace, Plaza del Oriente, Puerta del Sol, Plaza de la Villa, and Mercado San Miguel. After a midday siesta, refresh yourself with tapas and sangria before going to dance in the barrios until the wee hours.

Prado Museum
A world-class with more than 5,000 paintings. A sample of works include the The Annunciation by Fra Angelico, Christ Washing the Disciples' Feet by Tintoretto, The Descent from the Cross by Rogier van der Weyden, Jacob's Dream by José de Ribera, The Third of May by Goya, The Immaculate Conception by Murillo, the Self Portrait by Dürer, Adoration of the Shepherds by El Greco, Parnassus by Poussin, and The Garden of Earthly Delights by Bosch.
Buen Retiro Park
A lush park in the heart of Madrid. Beautiful landscaping and tree-lined paths lead to Rosaleda (Rose Garden) and the formal French Jardín de Don Cecilio. The Palacio de Cristal (Crystal Palace).

Puerta de Alcalá
A grand arch commissioned by King Carlos III to celebrate the arrival of the monarchs to Spain's capital city.